How to Broil Wild Cod

Tips on Quickly Cooking a Delicate Fish on High Heat 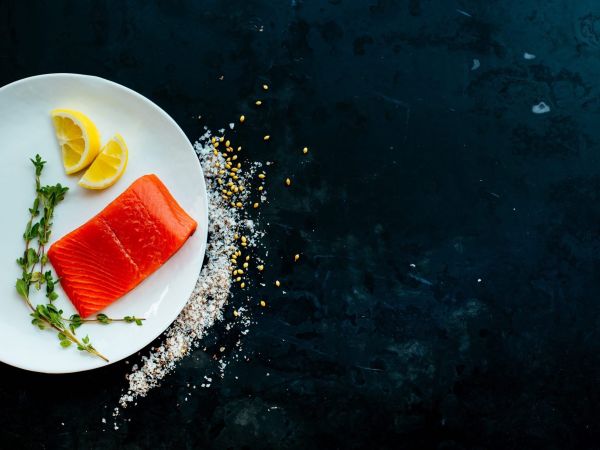 Broiling is arguably one of the easiest, and definitely one of the fastest ways to cook your cod. Think of it as a quicker, oven-baked recipe for success. The broiler is a setting on your oven that is essentially like a grill but turned upside down. When using a broiler, you cook your food under very high heat, which allows you to do so quickly and efficiently.

And for cod, it’s especially appealing because the intense heat allows you to achieve a browned, seared outside while maintaining a perfectly cooked, moist inside.

Here’s the best part about broiling cod, or any fish for that matter: it’s pretty foolproof. You can thank your oven for this — as most come with a broiler setting that is either on or off. While some ovens tend to cycle the broiler setting between on and off to help manage the oven’s heat, you’ll want to make sure that the setting stays on while you cook your fish. And once it’s on, you don’t even need to worry about oven temperature, just that you position your fillet/fillets correctly (more on this below).

Most broilers max out at 550 °F, though some settings keep them closer to 450-500 °F. Either way, it’s extremely high heat because with this method you’re cooking with direct, intense heat, rather than indirect or convection heat.

So it’s key that you monitor and manage the broiling process to ensure you cook your cod enough, but not too much.

Depending on the thickness of your cod, you probably won’t want to broil it for more than 5 minutes. To be safe, check on it early and often.

Use the Right Sheet Pan

There are a few options when it comes to what kind of pan you should use when broiling cod. A basic nonstick sheet pan, or a foil-lined baking sheet will work just fine. Another option is to use a cast iron skillet that you pre-heat in the oven or over the stovetop. By using a hot skillet you’ll be able to ensure even cooking from the bottom while the intense, direct heat is cooking from above. And then, of course, there are specialized grated broiler pans, which are designed for this specific type of cooking. These pans come with a grated tray that sits on top of a roasting pan, so you are able to cook your food from every direction as the intense heat circulates, rather than just hitting your fish from above. Like we said, a grated broiler pan is by no means essential, but it certainly helps in achieving perfection with your broiled cod.

Position the Oven Rack at the Highest Position

One of the biggest questions is always about where to position your oven racks. Remember that a broiler setting is either on or off, and it’s always at a very high heat. So the only real flexibility you have in terms of how you cook your fish, is based on where you place your food. In most situations you’ll want your oven rack to be positioned at the highest placement, closest to the heat. Try to make sure that your fish is about 3-4 inches away from the broiler.

As with any cooking technique, if you’re making fish, you need to get your fish ready before you begin the cooking process. Grab some paper towels or a clean kitchen towel and dry off your fish to remove as much excess moisture as you can. Once that’s done, you can begin seasons your fish with salt and pepper, or you can submerge your filet in a marinade of your choosing.

Make Sure You Don’t Overcook

When it comes to cooking fish, the fear of overcooking is real. There is such a fine line between a well cooked but still moist fish filet, and an overcooked, dry, tough piece of fish. It’s all about finding the right balance between the cooking temperature and cooking time. With broiling, the intense blast of heat cooks your fish much (much) faster than other methods such as baking or pan searing. As a rule of thumb, you will only need to broil your cod for about 2-3 minutes, depending on the thickness of the filet. The thicker the cut of fish, the longer it may need to cook through, but regardless, it’s better to cook less and then pop the fish back in the broiler for another minute or two as needed.

And if you’re really worried about burning your cod, you can always bake it in the oven on a traditional setting at 400 degrees, and then pop it in the broiler for the last minute or two to achieve a nice crust on the outside.

Get Your Broil On

This recipe for a super Simple Broiled Cod seems basic, but the flavors are anything but. The marinade is the perfect mix of sweetness and spice, and you top off your broiled (read crisp on the outside, flakey and moist on the inside) cod with melted butter. Did we get your attention yet?

Another recipe we love is this Broiled Cod with Fennel and Orange from Epicurious. We’ve never met a one-pan recipe we didn’t like, but this one is special. The cod is doused in a mayonnaise spread with red pepper flakes and garlic, and the fish is surrounded by a veggie, bean and blood orange mixture that perfectly complements the fish. One pan, one set of ingredients, and all you need to do is put it under the broiler for about 6-10 minutes.

And we can’t forget one of the most famous cod preparations out there: miso cod. Made famous by Nobu and duplicated at pretty much every Asian-inspired restaurant out there. And you can make it at home easily too. This Broiled Cod with Sesame-Miso Sauce from the NY Times breaks it down into super simple steps.