Miso Matters: How to Elevate Your Seafood with this Key Umami Ingredient

Unpacking the Art of Savory Excellence 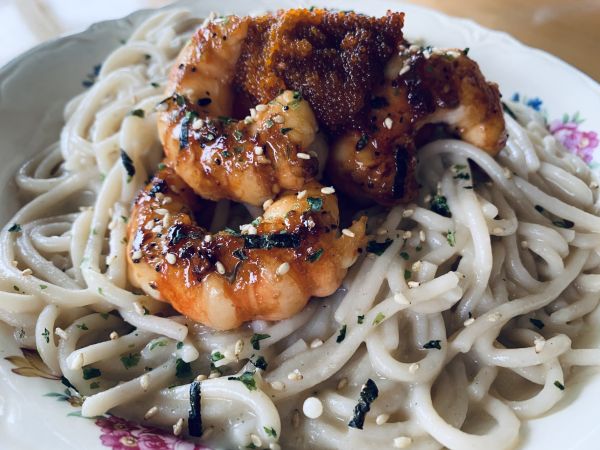 Wild-caught seafood is a versatile protein that lends itself to umami-rich preparations. Miso, a Japanese pantry staple of fermented soybeans, is the quintessential ingredient for umami flavors. Integrating a touch of miso into your wild-caught seafood recipes is one way to elevate your home-cooked meals, seasoning them with an addictively satisfying flavor profile.

Miso complements the mild or meaty qualities of wild-caught seafood, whether you’re using it as a component in sauces, butters, or broths.

As a salty, flavorful base for sauces, miso adds lip-smacking complexity to any recipe. One of the benefits to using miso is its thick consistency; it can be integrated into sauces without watering things down, a quality that adds to its versatility.

Rachel Ray’s recipe for a miso-watercress pesto dresses up a simple fillet of pan-seared salmon. The pesto consists of mild, white miso, a bitter and spicy green like watercress (or arugula), and creamy almonds, blended with extra-virgin olive oil. In this case, the nutty umami of miso replaces a classic pesto ingredient like parmesan, giving the fresh topping a well-balanced flavor.

You could also use mayonnaise as a key component for a creamy miso sauce, to use in recipes like this wheat berry and salmon bowl from  Food Network. A miso mayo sauce packs in enough flavor that it can be used to top any fillet of fish without requiring you to add much more than some veggies or carbs to round things out.

This recipe from Eric Ripert does something similar to create a sort of dressing, but instead of using mayo, he makes a reduction from miso, ginger, shallot, and orange juice to use as a warm sauce for a halibut fillet and salad of fennel bulb. Instead of using white miso here, a stronger red miso is used as it can hold up to the stronger flavors of the reduction, a fine complement to meaty halibut.

In essence, miso butter is exactly what it sounds like: a mashup of miso and butter. If you’re planning on making miso butter — a process that simply requires you to meld the two ingredients together into a paste, with different ratios depending on the recipe — invest in a high-quality butter so that you’re getting the most flavor out of the two components. Also, make sure you’re buying unsalted butter, as the miso is inherently salty.

Miso butter can be used simply to top seafood as the final touch, melting into a luxurious sauce to drizzle over a seared fillet. Eating Well’s recipe for a salmon stir-fry, finished with miso butter, is super simple: Lightly sear slices of salmon to start things out, moving them to a plate while you add in some veggies to stir fry — in this case, edamame and zucchini. When the veggies are cooked, add the salmon back in along with a spoonful of miso butter for the final touch, tossing everything together to warm through.

You can also use miso butter as the fat component when you’re cooking seafood en papillote, like this recipe from Table for Two for cod and asparagus in foil packets. Mixing in a bit of brown sugar into the miso butter creates a salty and sweet paste that will baste the cod fillets and asparagus spears as they steam. Serve with some crusty bread or rice so that you can make the most of the juices that are left in the packets.

For some serious seafood elevation, try using miso butter when making salmon rillettes, which often is enriched with plain, unsalted butter. This recipe from Splendid Table uses it to enhance rillettes made with fresh and smoked salmon, a component that gives the schmear an extra note of delectable umami.

Even if you’re not making a proper miso soup, miso is a potent component of delicious, meat-free broths. This makes it super easy for you to build a simple yet satisfying broth with minimal effort to complement your seafood.

This recipe from The Washington Post poaches a fillet of halibut in a shiitake-rich miso broth, making it a one pot dish that requires minimal effort to pull off. You can use any fish in place of halibut, as well as spot prawns — in which case you might want to use spot prawn broth instead of water as the base of the soup.

Another miso broth-based dish, Food Network’s recipe for sugar-soy glazed salmon fillets is served broiled and flaked over a bowl of hot rice, a ladle of miso soup, and simmered veggies. You could use leftover salmon here, regardless of if it’s been seasoned with a sweet-and-salty glaze; just stir into the broth at the end to warm through. Food52’s recipe for roasted sablefish uses miso as part of the fillets’ marinade, a flavor that will infuse into the cilantro-ginger broth once the ingredients get combined before serving.