Let Me Tell You About My Own Family’s Nautical Roots

A Love Affair with the Sea Comes from Both Sides 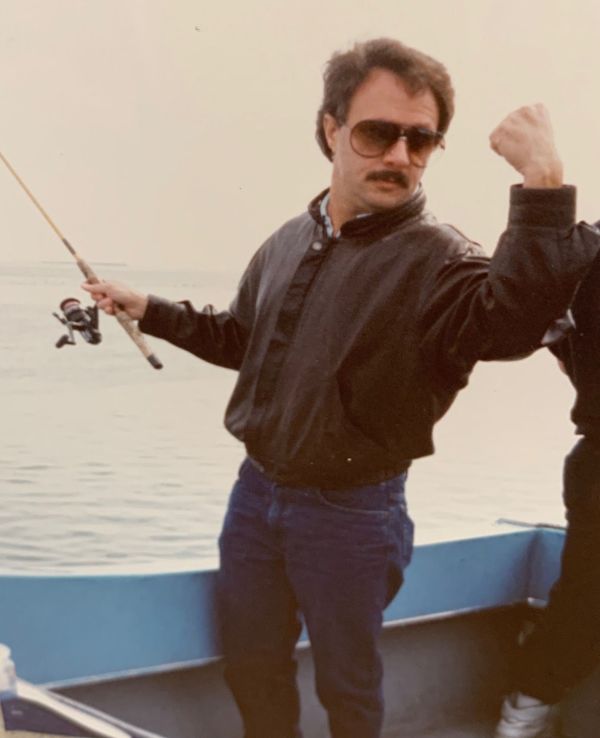 Sometimes I get so caught up in the novelty and wonder of the Alaskan family I married into that I forget about my own family’s nautical roots. While I don’t hail from three generations of commercial salmon fishermen like my husband Arrron, I can safely say that my father has always had the heart of an angler himself.

My Pops’ lifelong obsession with fishing must be in his DNA because his own father’s brother, our “Tío Pepe” (whose real name was José), also loved the sport with so much vehemence that in 1993 he penned a dramatic biography of the 15th century British author, Izaak Walton. Walton was famous for writing The Compleat Angler, a celebration of the art and spirit of fishing in prose and verse that had lines like, “Rivers and the inhabitants of the watery elements are made for wise men to contemplate and for fools to pass by without consideration.”

But my father’s own seafaring story begins in the sixties, in the Andean lakes around Bogota, Colombia, where he was born and raised, and where deep in the murkiness of those waters lived a certain trout that would in time become my Pops’ very own Moby Dick. For whatever reason, my dad became intent on catching that particular trout, which one fated day, he was able to. So proud was he of his accomplishment that he had the thing taxidermied and hung on a plaque, a frozen-in-time testament to his youthful grit and the universal power of never giving up. That trout still hangs in his kitchen today, a cherished reminder that silently whispers with nostalgia from those long ago lakes.

When our family moved to Miami in the eighties, Pops got himself a boat and went fishing every weekend. He’d diligently make his own lures like a craftsman, and would set out to catch a local species known as kingfish, which he would bring home, fillet, and using a straw, would meticulously blow out every single droplet of its blood. He’d then cure the fish with salt and turn it into a delicacy called “garato,” which we would eat on saltine crackers with squeezes of lime.

When my sisters and I were old enough, he’d drive us on the boat all the way to Bimini, an island in the Bahamas, where we’d fish for yellowtail from dawn to dusk, grill up our catch for dinner and sleep on the docked boat, the sounds of lapping Caribbean water blissfully sending us all into the deepest of rests. Pops also took us on charters to the Everglades, for which he was as adamant about the strict 5 am wake-up call as he was about the pre-made coldcut sandwiches that we were all to make the night prior as a group. In those brackish waters, we’d catch sheepshead, drumfish and if we were lucky, the succulent tripletails that would hang out by the buoys.

So while my side of the family may not be Alaskan, we too have explored the watery elements of which the late Izaak Walton — and our Tío Pepe — so passionately wrote.

Pictured above: My sweet Pops — in full eighties regalia — holding his fishing rod in one hand and a proud fist of triumph in the other.