Spot Prawns: Everything You Need to Know

An Exquisite Shellfish with a Delicate Sweetness 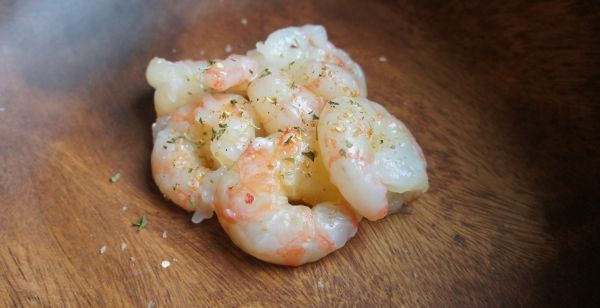 Spot prawns (pandalus platyceros) are the largest wild prawn species found in Alaska. Low in calories and sodium while high in protein, potassium and calcium, spot prawns are also known as the lobster of Alaska for their subtle sweetness and robust bite.

Similar to how the word “fish” is used as a category for a wide range of species, “shrimp” is often used the same way. Prawns are a species that fall under the category of shrimp. However, when it comes to comparing the types of prawns and shrimp that are commonly available for purchase, there is a biological difference in the gills, claws and body structure. Prawns also tend to be larger in size, and therefore the moniker is sometimes used to describe larger shrimp. Because the species we’re offering is the largest of wild shrimp caught in Alaska, in addition to having a distinct feature of white spots, they're commonly referred to as spot prawns.

Caught by pots with nearly zero bycatch, our spot prawns are flash frozen at sea. After their heads are removed, the only things used in their processing are ice and a coat of seawater, which is the preferred glaze for the unexposed flesh under the spot prawn shell. That’s because when frozen, seawater is more pliable than freshwater and helps prevent the shell from cracking so the flesh stays protected.

On our spot prawns, the sodium of Alaskan seawater acts as a natural preservative instead of relying on chemicals typically found in other varieties of shrimp at grocery stores and restaurants. These treatments include sodium bisulfite, an industrial bleaching agent (also used by the majority of other wild shrimp fisheries) and sodium tripolyphosphate, which adds water weight to increase both the size and price tag. Sodium tripolyphosphate also results in a higher water content that causes a rubbery texture and prevents a proper sear when cooking.

And when it comes to describing the size of prawns and shrimp, some of those familiar terms you might know aren’t actually regulated by any industry. That means “extra-large” or “jumbo” can represent entirely different sizes depending on who’s classifying them. Instead of phrases, the industry standard on measuring size is by weight.

This system uses a number called a u-count, which indicates the average quantity that can be expected in a single pound. Smaller shrimp can be labelled U-61/70, which means under 61 to 70 shrimp per pound, or larger ones labelled U-10 will average under 10 pieces per pound. Oftentimes, companies who offer shrimp with the heads on will also include them in their weight to achieve a more profitable u-count. But at Wild Alaskan in the past, we’ve offered spot prawns categorized as U-20 with the head’s off at 5-6 prawns per pack, as well as U-30 with 10-15 prawns per pack. If you’d like the most up to date information before you order, please reach out to our Member Experience team via live email or live chat.

Similar to other seafood, spot prawns have an impressive nutritional profile. Not only are they low in calories and high in protein, but they’re also packed with nutrients such potassium and calcium. And according to Harvard, shellfish is a good alternative to red meat, as it contains less saturated fat. If consumed following healthy recipes and cooking techniques, the university's medical school says “you are probably doing your heart a favor.”

As far as mechanics go, when it comes to removing the shells — which we recommend for better caramelization and flavor — you can treat our spot prawns the same way you might shrimp: just push your thumb between the shell and the legs and then gently pull off. If you choose to remove the vein, you can use a paring knife. The Living Alaska Project has a great step-by-step breakdown of how to do so.

You can always roast the shells, make them into a broth or stocks (which you would do by reducing them until you have the broth), as their shells are also packed with rich sugars that easily infuse into water; or use as flavor for a sauce or bisque. As far as the roe goes, some people love its taste and we've seen it eaten with with just a bit of balsamic vinegar and salt.

Here's our suggested order of operations:

1) If you want to use (or not use) the roe, remove it first by using your fingers to scrape off

2) Remove the shell as described above

4) Saute how you like, though we recommend traditional French flavors such as thyme and butter; or maybe some sesame oil, scallions and chili paste. If you choose to keep the shells on, saute the prawns on a higher heat.

In general, avoid overcooking spot prawns and look for their bright pink color to know when they’re ready to eat.