How to Make the Most of All the Portions 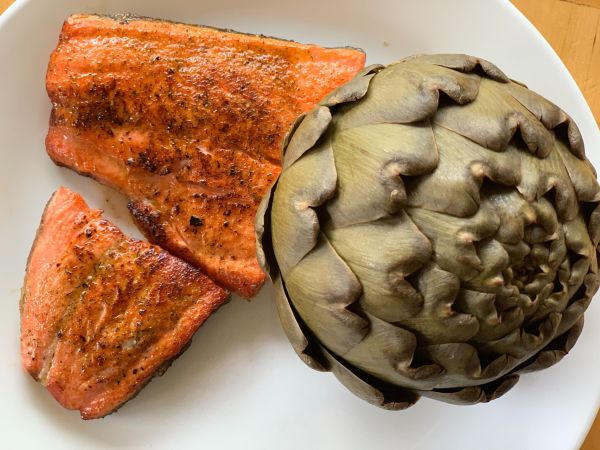 Out Captain’s Cuts may be smaller than our regular fillets, but don’t discount them on account of their size. They pack the same dose of flavor, but give you a little more versatility in the kitchen when you’re cooking with wild Alaskan seafood. Captain’s Cuts are trimmed from our wild sockeye catch, but rather than being portioned into whole 6-ounce fillets, they’re anywhere between 2 and 4 ounces and packaged for a combined total weight of 6 to 8 ounces.

How Captain’s Cuts Came to Be

We believe we have an ecological and ethical imperative to use as much of our harvest as we can to honor the bounty that nature provides us and to do our part in maintaining a sustainable fishing industry. Since our individually-portioned products are weighed out to 6-ounces, we collect any remaining cuts of various weights to package as Captain’s Cuts. Having the flexibility to utilize smaller cuts allows us to offer our members as much of our delicious catch as possible while reducing waste that is typically produced during processing. We love how this helps us fulfill our pledge to uphold sustainable practices.

What we weren’t planning for was how much we would love having our Captain’s Cuts in the kitchen! We think they’re the ideal size for light meals and appetizers, and in most cases cook up even faster than a full-sized fillet. Captain’s Cuts are also the perfect portion for second helpings when you want just a little more of a delicious lunch or dinner.

Here are some of our favorite ideas for getting the most out of our Captain’s Cuts:

A 2-4 ounce portion of salmon fits on a mini bun, so there’s no need to grind or mince the salmon into something that could be formed into a patty: Captain’s Cuts are already ready to go. We recommend you grill your Captain’s Cuts with the aid of a grill basket, since flipping just one fillet can be a feat in itself (not an insurmountable one though, if you’re grilling the right way). As an alternative, give your mini-burger fillets a quick cook under the broiler to get some of that charred flavor you’re looking for.

Guy Fieri doesn’t just love diner-style food! His recipe for grilled salmon gyros is a solid blueprint for what you can do with marinated Captain’s Cuts of sockeye. Again, use a grill basket if you want to grill your them, or broil your cuts to replicate that open-flame flavor; roasting or pan-searing the salmon is totally fine too. When cooked to the desired doneness, slip in two or three Captain’s Cuts into a pocket of pita and enjoy your silverware-free lunch. If you’re feeling adventurous, adapt this salmon-in-a-pocket idea to fill Salvadoran pupusas.

A pan-seared Captain’s Cut — crispy skin and all — happens to be just the right size to fit on an English muffin along with a fried egg, and it’s infinitely healthier than the bacon or sausage patty that you typically would choose to bedeck your favorite breakfast sandwich with a bit of protein. The key to making this work is following our easy guide to getting crispy salmon skin; especially when you’re searing smaller cuts, you’ll want to press down on them with a spatula while they’re in the pan since the heat causes the skin to curl up.

Speaking of English muffins, use Captain’s Cuts instead of smoked salmon for your benedict breakfast. Searing the salmon will get it crispy beneath a spoonful of hollandaise, but you can roast the Captain’s cuts if you’re cooking for a crowd and want to keep things as low-maintenance as possible.

This recipe from Just One Cookbook for salmon katsu bites usually has you splitting a regular salmon fillet into bite-sized pieces. With Captain’s Cuts, this work is already done for you. While katsu is normally fried, these salmon bites are breaded in crispy panko and baked, making them a no-fuss meal you can nestle into a bento box or lunch box.

Sure, you could break up a fillet of salmon into flakes and mix it into your frittata egg mixture. But you could also arrange a Captain’s Cut into each serving portion of the frittata to build a brunch that looks as good as it tastes. Roast the Captain’s Cuts first until they’re just a bit underdone for your preference, since they’ll continue to cook as part of the frittata.

There are countless recipes out there for smoked salmon crostini. But let’s reinvent this favorite with Captain’s Cuts and use cooked salmon. For a substantial snack or a hearty starter, layer a grilled piece of crusty bread with your favorite spread or a heap of pickled veggies, then top with a Captain’s Cut straight out of the pan or from the oven. Drizzle with olive oil and enjoy immediately.