Sablefish: Everything You Need to Know 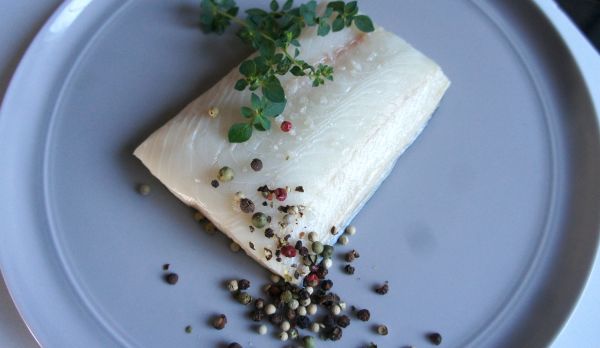 If you haven’t tasted sablefish, you’re in for a real treat. Sablefish (anoplopoma fibria), also known as black cod or butterfish, is regarded for having an extremely buttery flavor that’s rich in omega-3 fatty acids.

Although they’re not actually a part of the cod family, sablefish are often called black cod for having a similar appearance but with a darker upper body instead. They also go by the nickname butterfish because of their melt-in-your-mouth buttery taste and flaky texture.

Wild sablefish are more commonly found in Alaska than in any other part of the U.S., and are regarded to be a smart seafood when it comes to sustainability under U.S. regulations. Sablefish are avid migrators that live along the Pacific Ocean from northern Mexico to the Gulf of Alaska. They occur in deep water along the Aleutian Islands and Bering Sea beside the continental slope of the state and feed on fish, squid, krill and jellyfish. Wild sablefish from Alaska grow larger in size than sablefish from the American west coast. Their size is the reason why they’re considered a premium product, as they’re likely to have a higher oil content than their counterparts.

Due to its rich oil content, wild sablefish from Alaska is exceptionally flavorful. It’s also high in omega-3 fatty acids, specifically DHA (docosahexaenoic acid) and EPA (eicosapentaenoic acid). Because our bodies can only make a small amount of DHA on their own, consuming it through fish is linked to supporting brain function, reducing the risk of heart disease and assisting in lowering blood pressure. EPA is also believed to aid in reducing pain and swelling in the body as well as helping to prevent blood clots. In addition, wild sablefish is packed with Vitamin A, Iron, Calcium, Magnesium, and B6. Pro tip: the rich oil content in sablefish also makes it an optimal keto choice!

Wild sablefish’s high oil content is what gives it an intensely rich and buttery essence. In addition to also having a sweet taste, this distinct flavor profile is what makes sablefish such a delicious protein. Its meat consists of large and delicate flakes that pair well with salty or acidic flavors and is recommended to be baked, broiled, sautéed, or grilled. It’s also great to barbecue as it browns nicely and stays moist and tender. Sablefish is considered a delicacy in some parts of the world, and is one of the highest valued finfish in Alaska. The fish was also used by chef Nobu Matsuhisa at his high-end restaurant Nobu for his legendary black cod with miso dish, which became a signature menu item that catapulted him into fame.