Cool Seafood Trivia About Our Species 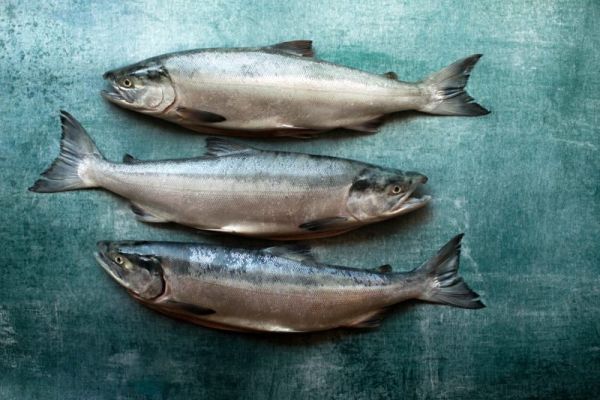 Sure, you might know what your wild-caught Alaskan fish tastes like, and you might even get pretty good at identifying their fillets, differentiating them from one another. But how would you fare at a wild Alaskan fish-themed trivia night? Is that even a thing?

We’re not sure how excited you’d get about a fish-themed trivia night, but we’re serving up some little known facts about wild-caught fish to pique your curiosity:

Salmon Have “GPS” to Guide Them Home

Most of us are familiar with the fact that salmon return to their natal streams to spawn. But how do they find their way back home, after journeying for thousands of miles over the course of their adulthood before coming back to their freshwater cradles?

Salmon have a keen sense of smell and a sensitivity to the chemical makeup of their ecosystems that help them map out their journeys back. However, they also tap into magnetic fields to know how to orient themselves homeward, something that experts have described as an inherent GPS system. The latest study exploring this force recognized that salmon share this ability to orient themselves through magnetic fields with other creatures like sea turtles, birds, and bats.

David Noakes, an author of this study from Oregon State University, explained in a recent press release, “While they’re in freshwater, they’re imprinting upon the chemical nature of the water. When they hit salt water, they switch over to geomagnetic cues and lock in that latitude and longitude, knowing they need to come back to those coordinates. And when they decide to come back, it’s months in advance because they’re halfway to Japan.”

Halibut Have a Wandering Eye

You wouldn’t know it by looking at their fillets — and if you’re not near a fishery, you probably haven’t taken a close look at a whole halibut itself — but halibut is a flatfish, a type of large flounder. In fact, halibut is the largest species of flatfish out there: Females can grow to be up to 8 feet long and weigh in at upwards of 500 pounds.

Young halibut swim the way you typically expect fish to swim, but as they mature, they begin to swim sideways. During this time, a halibut’s left eye moves over to the right side so that both of their eyes look up from the ocean floor.

When salmon are on their way home to spawn, they begin to undergo a physical transformation that is influenced by their genetics, their hormones, and their environmental conditions. All male salmon develop hooked jaws, called kypes, that help them to display and vy for dominance. Males of some species develop a hump on their backs as well; pink salmon males develop a particularly large one, giving them the nickname “humpback salmon” or “humpies.”

One change that all salmon species undergo to varying degrees during spawning is a color change. Sockeye experience this most dramatically when their stores of carotenoids get transferred to their flesh. They become bright red flashes of fish once they begin swimming upstream in freshwater.

An Alaskan Fish Is a Wild Fish

Any fish that makes its way from Alaska to your plate is wild caught, never farmed. That’s because finfish farming was banned in the state in 1990. This legislation protects the state’s critical fishing industry, which at least in non-pandemic years, brings in $2 billion each year.

Another bit of legislation that supports a sustainable fishing industry in Alaska? The state constitution. Sustainable practices are literally written into Alaska’s constitution, something that has gone a long way to protect not only the industry itself but also the state’s various fish populations and habitats; after all, without access to clean, safe habitats, Alaska’s wild fish would not be able to thrive.

While sablefish are often called black cod, they are not related to Pacific cod or any species in the cod family. They do resemble cod though, hence this unofficial name. Keep this in mind when you’re perusing the internet for sablefish recipes, as you’ll be pulling up different search results for the same fish depending on what you’ve typed into your search engine.