Understanding the Crucial Journey of a Sacred Species 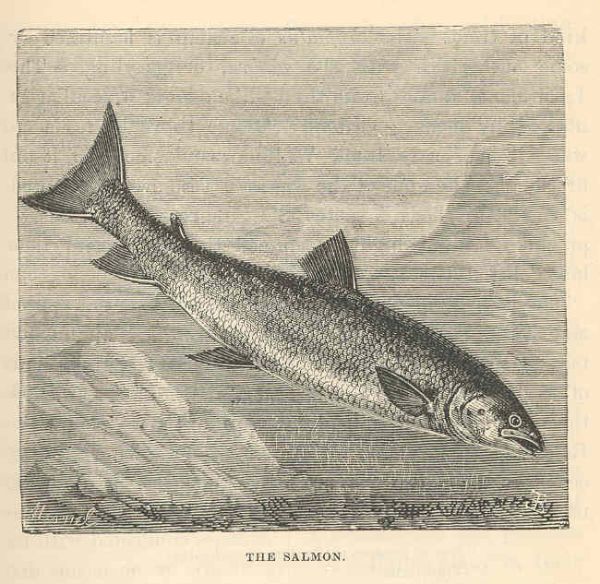 Every living being on this planet is part of a life cycle, a journey that is sometimes figurative, sometimes more literal. The life’s journey of wild Alaskan salmon has to be one of our planet’s most fascinating stories, a tale of migration that is so physically demanding and at times inexplicable that a salmon’s migration seems practically mystical to us.

Let’s start at the grand finale, the part of a salmon’s epic life that we’ve witnessed on BBC specials, perhaps vaguely recollecting learning about the wild Alaskan salmon run in science class videos from middle school.

Making Their Way to the Top

Salmon swim upstream, at times jettisoning themselves up through rocky rapids, in order to return to their spawning grounds. This upstream pilgrimage is an act that defies all logic — at least, what humans refer to as logic. Nature has its own rationale that to us can seem mysterious, even divine.

This salmon run uses up almost every ounce of their energy, but the salmon don’t rest: They are hell-bent on spawning in their natal streams to complete their life cycle. Some species spend only a year and a half at sea in preparation for this very moment — coho for 18 months, sockeye for two years, and then there’s chinook that spend upwards of eight years navigating the ocean. No matter the species, spawning salmon don’t eat while they’re in the final leg of their journey, relying solely upon the stores of fat they’ve built up feeding in the open waters to carry them through to their final, mortal destination.

Having returned to fresh waters, both female and male fish undergo a physical transformation, their skin blazing as red-orange as their flesh. Male salmon become practically unrecognizable from their former selves, developing a large hump on their backs and a pronounced hooked nose, both of which they hope will tip the balance in their favor when trying to impress their mates. The females, meanwhile, are busy building their underwater nurseries, using their bodies to create the perfect nest in the gravel of the stream, where they’ll lay their eggs. Once the love connection is made, all salmon in Alaska produce their spawn, fulfilling their ultimate duty and expiring shortly thereafter.

But it’s not the end. Even after death, their bodies continue to do important work. The carcasses of these salmon deteriorate, becoming part of the stream, replenishing their spawning grounds with essential nutrients.

These nutrients actually fertilize the tree roots that drink from these waters. For example, various studies have found salmon remains to be a significant source of nitrogen for trees along streams and riverbeds, releasing nutrients that help the trees to grow faster than if they’d been rooted alongside salmon-free waters. In turn, the trees create a shaded, protected environment in which the eggs can develop, giving them the best chance to grow into young salmon, otherwise known as fry.

A Lifetime Spent in Preparation for its Main Event

As fry, salmon linger near their spawning grounds for a year, maybe more or less, before moving on to other freshwater ecosystems where they can continue to feed — or in some cases, moving directly to sea as smolts, salmon adolescents. For smaller fry, some of this downstream journey is done in reverse, with tails oriented toward the sea. It’s perhaps only fitting that some of the salmon complete the early part of their migration backwards, since we all know the seemingly backwards ending to their story.

One of the biggest mysteries of all is how wild salmon manage to make their way home after years hunting for food in a vast ocean. Some species of Alaskan salmon clock thousands of miles hunting in the frigid waters of the North Pacific before feeling drawn back to their natal streams to spawn. This homing instinct is directed by a combination of forces: a sense of smell, a sensitivity to the chemical makeup of their ecosystems, perhaps even the influence of magnetic fields that help them pinpoint their origins.

And this brings us back to the grand finale, when salmon retrace their path, bringing their journey full circle in what is, to us, a mystical migration worth honoring through the wonderful meals we make from our favorite Alaskan catch, through our commitment to responsible fishing practices, and our efforts to sustain the ecosystems that help to sustain both the salmon and ourselves.