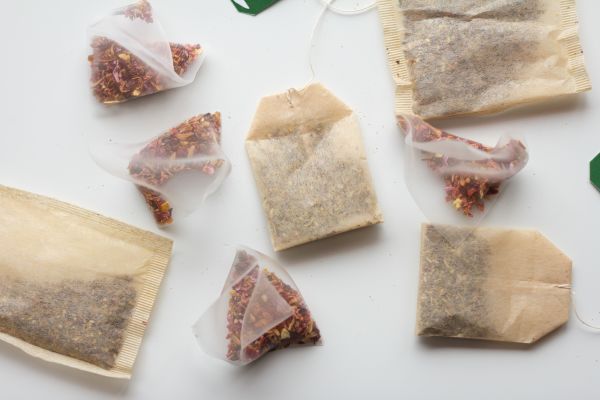 Using tea to smoke fish is a Chinese technique that will impart upon your fillet of choice the particular aromas of whatever tea leaves you’re using, whether green or black. Smoked over low heat, your fish will be delicately scented, tender, and perfectly flaky when done, which makes this cooking technique a great option when you’re using lean, wild-caught seafood. The tea smoke will also varnish your fish with golden-to-brown tones, leaving you with a beautiful, lightly caramelized fillet.

What You Need to Tea Smoke Fish

Unlike smoking over soaked hardwood — hardwood is soaked so that it can get steamy enough to smolder, even when using low temperatures — when you’re smoking with tea you’ll be using a dry mix of ingredients. This mix will almost always consist of loose tea leaves, a bit of sugar, and uncooked rice, a trio of components that will create a balanced perfume that will stick to your fillet of fish.

Traditionally, the smoking is done in a wok, but you can rig up any pan or pot to do the job. Also, since you’ll likely be using a wok indoors to smoke your seafood, be prepared for your kitchen to get smoky; if you have a sensitive smoke detector, it’s liable to go off. Bear in mind that nothing in your wok is going to catch fire over low heat, though you do want to keep your tea from burning — so stay close to the dials on your stove so that you can turn down the heat once you get a good smoke going.

When you’ve gotten all your smoking essentials gathered, here are 6 recipes for tea smoked fish to try out.

This recipe from Serious Eats  integrates peppercorns into its smoking mix to build fruity and spicy notes into the smoke. As for the fish, you can use any type you like. It’ll be marinated in the delicate flavors of rice wine, sake, or vermouth for a day to help build complexity. Note: The recipe actually forgets to tell you where to use the peppercorns, but just add them in with the sugar, rice, and tea before you smoke the fish.

Smoked salmon and latkes are a classic combination of ingredients. But in Ming Tsai’s recipe, this combo gets an Asian fusion twist, serving a lightly cured, black tea smoked salmon with wasabi latkes coated in panko. One adjustment you’ll want to make when using wild salmon in this recipe, especially if the fillets are on the thinner side, is to cut the cook time and smoke time down to somewhere between 8 and 12 minutes so that the salmon stays nice and moist.

This recipe from Days of Jay also gives salmon a light cure before introducing it to smoke; you can use any tea, but the recipe suggests Earl Grey or even a smoky Lapsang Souchong. Again, you may want to shorten cook time a bit so that you don’t dry out your fillets, especially if you’re using thinner cuts.

Tea Smoked Salmon and Bagels on the Grill

Perfect for a brunchy cookout, this recipe from Rachael Ray Magazine smokes fresh fillets of salmon on the grill over a packet of black tea; note that you’re using loose leaf tea on its own here, rather than with sugar and rice. Once the salmon is cooked — you’ll probably want to pull it from the grill at around the 7-minute mark — it’s ready to serve with fresh or grilled bagels, cream cheese, and whatever accoutrements you enjoy on top.

Smoked with rice, sugar, green tea, and dried fennel seeds, this recipe for sablefish from Great British Chefs takes advantage of the fish’s rich fat content by smoking then searing the fillets to achieve crispy skin; trying to crisp up the skin on a leaner fillet like salmon would put your fish at risk for being overcooked. Serve the smoked sablefish fillets with a warm white bean salad, whose flavors will pair nicely with the anisette notes of the fennel that are infused into the fish.

In Feasting at Home’s recipe for tea smoked salmon, you’re layering lots of flavors into the dish. For one thing, the salmon gets marinated in a sweet and spicy five spice marinade, preferably made with your own freshly ground five spice mix. You’ll smoke that over a mix of black or green tea, rice, sugar, star anise and dried chilies for even more complexity. Since you are using wild salmon, you will probably want to smoke the salmon for a total of 5 or 6 minutes (rather than 8)  before giving it a quick spin under the broiler to caramelize. Or, skip the broiler altogether and just let the smoke do it’s thing.