Eating Our Way to Optimal Health 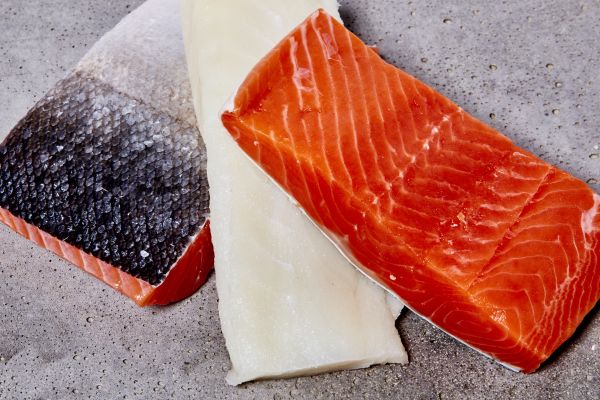 Wild-caught fish clearly has a role in supporting your wellbeing. Eating wild-caught fish on a regular basis has been tied to brain health, mental health, and physical health. Researchers have also been examining the ways that the nutrients found in wild-caught fish — such as omega-3 fatty acids, vitamin D, and selenium — affect immunity building.

There are plenty of fish oil companies out there that would love to make a magic, immune-boosting pill that contains the perfect amount of omega-3s to stave off colds, the seasonal flu, and other common infectious diseases that circulate throughout the year. Despite findings from some studies that suggest that omega-3 consumption is tied to a more robust immune system, there’s no conclusive evidence that taking fish oil will protect you from communicable illnesses.

However, that doesn’t mean that wild-caught fish doesn’t play an important supporting role in your immune health. Consuming a healthy diet is just one way to keep your immune system, and your body in general, performing at its peak.

Part of its ability to play a supporting role in immune health is due to wild-caught fish’s anti-inflammatory benefits. As part of an anti-inflammatory diet and lifestyle, the omega-3 fatty acids in wild-caught fish — found abundantly in wild salmon — can tamp down existing sources of inflammation in your body, which ultimately can free up your immune system to mount an effective response to acute conditions that need your body’s attention.

Think about it: do you tend to get sick more easily when you’re overworked, stressed out, or sleep-deprived? These examples may be anecdotal, but they do help to illustrate how even acute sources of inflammation can stress your system to the point that you are more susceptible to communicable diseases. While eating wild-caught fish isn’t going to “cure” you of this stress on your immune system, it can support overall resilience that helps your body moderate its response to stress in the first place — and that means your immune system can give pathogens its full attention.

Eating wild-caught fish has intrinsic benefits, but if fish ends up replacing the meats and poultry in your diet that trigger inflammatory responses in your body — especially meats and poultry raised on feedlots — the benefits of an alternative, omega-3-rich protein are two-fold.

Vitamin D and Other Nutrients

Though omega-3s are not directly linked to immune building, other nutrients that are abundant in wild-caught fish have clearer ties to staving off illness.

Wild salmon is a rich source of vitamin D, which is one element in wild-caught fish that has stronger ties to immune building than omega-3s. One fascinating theory about vitamin D being integral to a robust immune response was formulated by a doctor who suggested that the flu thrives in the winter due to an increase in vitamin D deficiencies.

Based on this connection, researchers began looking into whether insufficient vitamin D was tied to increased illness. According to a handful of studies selected by Harvard’s School of Public Health, vitamin D deficiencies have been linked to an increase in respiratory infections in both children and adults. Taking daily vitamin D supplements reduced the infection rates of type A influenza among a group of school children in one particular study. Larger meta-analyses have also supported the finding that regular vitamin D supplementation lowers one’s risk of catching an acute respiratory infection like the flu or the common cold. Here, again, wild-caught fish isn’t a magic food or cure; eating a vitamin D-rich fish like salmon on a regular basis, though, can support your immune system in a way that helps to ward off sickness.

Halibut, cod and wild salmon are all rich in selenium, another nutrient that is integral to immune health. Generally, it can help fight off illness by boosting your white blood cell count, and also prevent certain infections. There’s some early evidence that selenium helps the body respond more effectively to flu vaccines; researchers are exploring this possibility with follow-up studies to try to confirm these benefits.

Though nutrition scientists have not yet been able to provide conclusive evidence to specifically outline the immune-building benefits of wild-caught seafood, but preliminary findings have given researchers a lot to consider and given us a lot more to enjoy about our wild-caught meals.