Tips on Adding Texture for Innovation 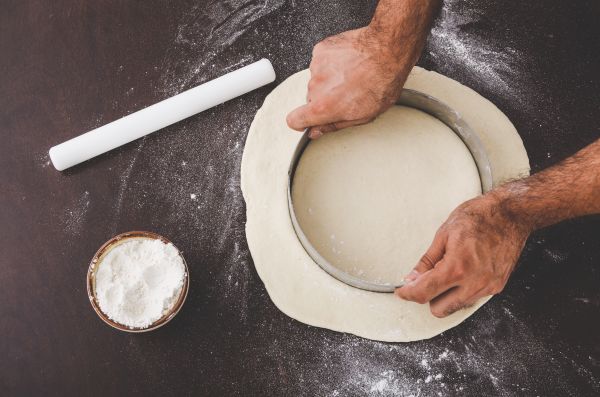 Incredible meals are inevitable when you combine tender, wild-caught seafood with golden puff pastry. If you’ve never used puff pastry, or phyllo dough, before, it might seem a bit intimidating to cook with — but really, this buttery dough does all of the work itself, and just needs you to put it in place as a crust. You can use puff pastry as the flaky crust to top your seafood like a pie, to wrap around your seafood like a parcel, or as a tart-like base.

You’ll find puff pastry in the freezer aisle of your local grocery store, and stash it in your own freezer until you’re ready to use it; move it to the refrigerator to thaw when you’re thawing your seafood, as they’ll both be ready to go around the same time.

Seafood on the Bottom

Martha Stewart’s recipe for wild salmon pot pie is filled with fairly standard ingredients: spinach, peas, and potatoes. But the recipe is quite clever in that you’ll bake the pie crust on its own first, then use it to cap off the pie dish once you have the filling prepped. This will ensure that the crust is cooked through and crispy by the time the filling has been cooked. If you don’t have fresh peas available, feel free to use frozen peas instead. You can also substitute fresh spinach for a 10 ounce bag of frozen spinach, if you like; keep in mind that frozen spinach has already been blanched, so you’ll skip that part of step one and just wring excess liquid from it once it’s thawed.

When using mild white fish like halibut in a pot pie, the filling should be full of flavor. This recipe from The Baked Alaska Project builds a filling from mushrooms and leeks; opt for wild mushrooms, if you can get your hands on them, as they will add even more depth of flavor to your pot pie. While the recipe calls for halibut, you can use a few packs of pollock quick cuts instead, as they’re already the perfect size to use in a dish like this.

For a deconstructed pot pie, check out this recipe from Food Network for a Cape Cod pot pie made with cod, soft herbed cheese, and a mix of fresh herbs like parsley, tarragon, and chives. Essentially, you’re making a creamy filling on the stove, then topping this ready-to-serve mixture with golden rounds of baked phyllo dough — almost like a seafood version of biscuits and gravy.

Seafood in the Middle

Another Martha Stewart recipe that features puff pastry and wild salmon, this one makes individual portions of a Russian pastry called coulibiac, and they are basically like fancy salmon Hot Pockets. The filling is made with rice, leeks, and a mix of wild mushrooms herbed with fresh dill, then served with a dill-sour cream sauce.

Eric Akis has a recipe for halibut that takes its cues from spanakopita, the Greek spinach hand pies made with phyllo dough. You’ll be securing a spoonful of spinach-feta mixture with individual fillets of halibut into a packet of puff pastry, baking until done. It’s a foolproof recipe to make with halibut, which is notoriously easy to overcook: The buttery puff pastry will actually help protect the fillets from the harsh heat of the oven, basting it with a bit of butter along the way.

This recipe from BBC Good Food is a great way to use up a couple of leftover salmon fillets, and ridiculously easy to make. Simply lay the pastry out on a baking sheet and cook until puffed up, top with a mixture of mustard and creme fraiche, then scatter on raw spinach and your flaked fillets before giving the tart another 5 minutes to meld together and get golden. You can vary the toppings depending on what you’re in the mood for, using bits of smoked salmon and blanched asparagus, flaked cod with cherry tomatoes and olives, whatever combinations you think will come together easily with a quick spin in the oven.