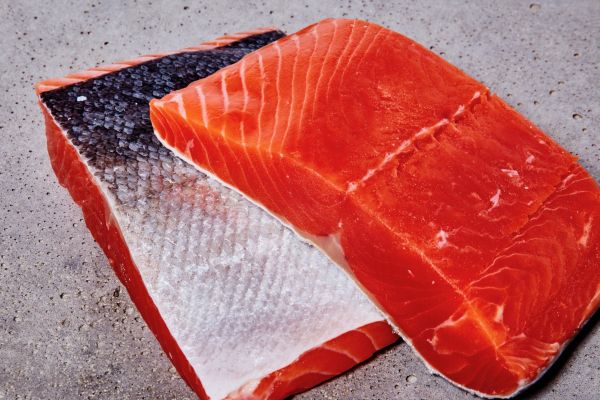 One of the first questions that comes to mind when buying frozen fish is, how does it compare to the “fresh” fish at my local grocer’s seafood counter? Well, the answer to that question might actually surprise you.

How is frozen different from the “fresh” fish at my seafood counter?

The concept of “fresh” has somewhat been debunked as a marketing myth. We hate to be the ones that break this to you, but that wild salmon you see laid out on ice most likely didn’t come straight off the boat that morning. What’s more, it may have been frozen and thawed out before — and there’s a good chance more than just once. It’s also hard to determine the exact amount of time your fish at the seafood counter has been sitting out, or in suboptimal refrigerated storage, reducing in quality with every passing moment. Which brings us to our next topic…

“Flash Frozen” — what does it actually mean?

Flash frozen simply means fish frozen quickly at the peak of its freshness. This is achieved by rapidly freezing food at low temperatures to prevent the formation of ice crystals and preserve quality. Basically, the slower seafood freezes, the larger the ice crystals that form between the fibers of the protein become, which can impact flavor and cause fish to dry out. So, flash freezing helps retain its flavor, texture and shape. And because the fish we offer is frozen very shortly after being caught, it’s as close as you’ll get to enjoying some salmon right after being pulled out of the water. When our fish gets flash frozen at the peak of its quality, it locks in all of the nutrients, moisture and great taste. Minimizing the time between capture and freezing prevents the deterioration of quality that naturally begins the moment seafood hits the air. Fun fact: Food freezing technology was first invented by Clarence Birdseye to freeze fish!

So, frozen fish can really taste like it was just caught?

That’s exactly right. A recent study even found that flash frozen seafood rated at the same quality or “significantly” better than store bought “fresh” fish (and many of our members would also agree). Now, imagine experiencing this with the great quality of premium wild-caught fish from Alaska.

Frozen fish can be extremely high quality, but do I still get all the great health benefits?

Absolutely. And possibly more so than what you’ll find at your local seafood counter. Because it’s flash frozen shortly after being caught, the chances of rapid nutrient deterioration or the growth of harmful bacteria decreases. Similar to pressing pause on all flavor and quality, flash freezing allows seafood to remain in this state until you thaw it out and are ready to enjoy it at home. Also, flash freezing also means that processing happens with only water or seawater. No preservatives, color additives or anything of the like.

What does it do for food waste?

The same study that found the quality of flash frozen seafood to be rated the same or higher than “fresh” fish also showed that one-third of all fish at seafood counters gets thrown out. By flash freezing seafood, waste is reduced because your next meals keep well in the freezer until they’re ready to be cooked.

The Washington Post reported that “frozen can be fresher, or at least in better condition." Bon Appétit’s Basically says that it’s “less expensive” than the “fresh” fish on ice at the store, which as we know by now could very likely have been previously frozen and thawed out (maybe twice, or more). And Today suggests consumers should “look for ready to eat, unseasoned, uncooked fillets — available singly packaged or in multiples.”