How to Get Your Soup on During Warmer Seasons 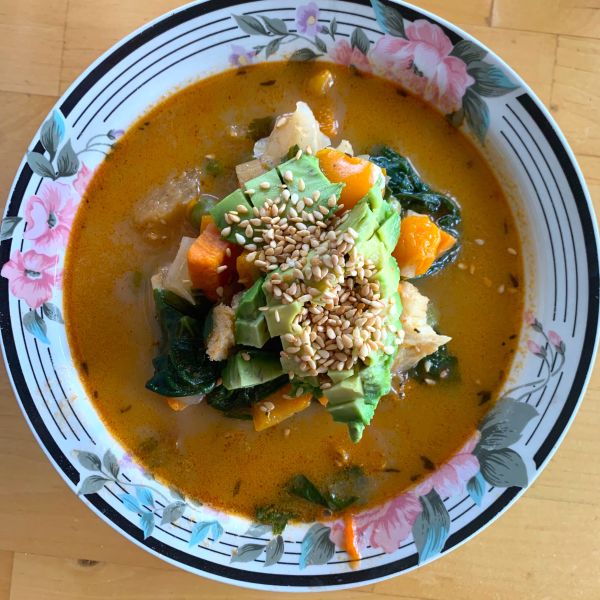 A bowl of chowder, brimming with wild Alaskan seafood, might not be the first meal on your mind during the long, sunny days of summer. But chowders are a diverse genre of food. While these hearty soups typically are composed of heavy ingredients — think potatoes, cream, bacon — chowders can actually be light, bright and easy.

That’s why we think these satisfying dishes, featuring wild Alaskan seafood, are delicious any time of year. Here are 8 chowders inspired by the flavors and pace of summertime:

Fresh Takes on a Classic

For a shortcut to a classic chowder, you can use leftovers of whatever fish you have from dinners past, leaving you more time to kick back and enjoy the longest days of the year. Milk and clam juice make up the briny base of this chowder from Serious Eats. The fish, ready to eat and broken up into bite-sized flakes, gets mixed in at the end to be just warmed through.

If you’re lucky enough to have a pound or so of wild spot prawns at your disposal, you are more than obliged to make a really special meal of them. Making your own batch of prawn broth is super simple but makes for a ridiculously sophisticated spot prawn chowder from Chef Chris Whittaker. And because the prawn broth is so flavorful, the recipe doesn’t call for much cream, relatively speaking. Topped with a poached egg and homemade chicharrones, the chowder is the epitome of luxury.

There’s no dairy in this Manhattan fish chowder from Bobby Flay, making it a less heavy option for the summer. Topped with a bacon relish, it’s still plenty indulgent. The broth is made from white wine and fish stock, and the halibut is pan-roasted, placed atop the bowls of chowder just before serving. Feel free to use grilled halibut instead.

Parsnips and Pastries put together a dairy-free, Whole30-inspired chowder. Still creamy from a base of coconut milk, the flavors are all brightened up by the freshness of dill and parsley and a squeeze of lemon juice.

Get your dose of heat from this tomato-based seafood chowder from Food & Wine Magazine. Inspired by the flavors of the Southwest, the spice of Ancho chiles and smoked sweet paprika are balanced out by the sweetness of corn and fennel. And with just a bit of milk to round things out, the chowder is light enough to enjoy no matter the weather.

This brightly acidic recipe from The Telegraph, made with the flavors of summer — ripe tomatoes, dill, dry white wine — isn’t a traditional chowder. Rather, it’s based on a Greek fishermans’ stew called kakavia that is often made right on the boat with the freshly caught fillets of white fish. For your version, try wild Alaskan rockfish or pollock.

Melissa Clark’s coconut fish stew is also not a proper chowder, but fits the bill for summer chowder cravings. It can be made with any firm white mild fish of your choice, plus spot prawns and weathervane scallops, or a combination of whatever you have on hand. A can of coconut milk balances the acidity of rice vinegar, tanginess of lime, and the clean flavors of fresh summer herbs. The lip-smacking umami of fish sauce ties it all together.

Chock-full of summer-fresh zucchini, tomato, and fresh herbs, this Provençal-inspired fish chowder from The Los Angeles Times  can be made with a mix of hearty white fish; cod, halibut, and pollock work well. But we think scallops would be a lovely addition.