Understanding how nature informs the essential makeup of food 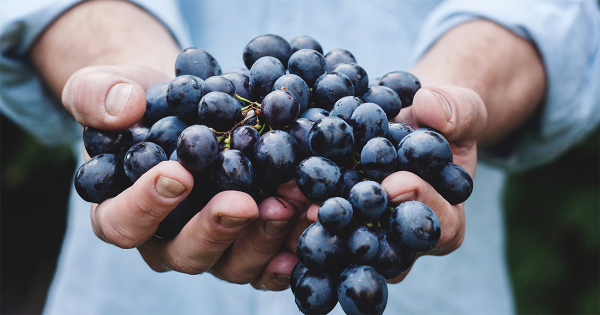 A robust, red fillet of wild salmon merits just as much appreciation and interest as a glass of fine, red wine. Harvested directly from the bounty of nature, both wine grapes and wild salmon owe their distinctive attributes to the regions in which they flourish.

There are five species of wild salmon that thrive in cold Alaskan waters, and each species has a unique physiology and lifestyle largely determined by its genetic makeup. Where a particular fish spends its life cycle also influences how different species of salmon taste, as well as their nutritional content.

1. Each Species Reflects its Unique Terroir

Consider the oenological concept of terroir, which is French for “terrain,” but means so much more when it comes to wine. Terroir brings meaning, purpose and distinction to a particular grape. A wine’s flavor and aroma depend on its terroir — its origin. But only when allowed to thrive in the particulars of its environment as nature intended. Salmon are no different.

Take Chinook or king salmon, for example, which thrive in colder, deeper waters than other species of wild salmon. They’re known to travel 2,000 miles over the course of two months in order to reach their spawning grounds. And because of this demanding journey, they naturally have a higher, richer fat content than the other four species (1).

Diet also influences the nutritional profile of each species of wild salmon. For example, sockeye eat much further down the food chain than other species. Their diet leans heavily on zooplankton and krill that give all salmon flesh its vibrant color. That means they contain the highest levels of the potent antioxidant astaxanthin, a carotenoid that is believed to help prevent cancer, diabetes, heart disease, and neurodegenerative disorders.

With salmon, terroir can come down to the rivers they return to in order to spawn. Salmon within the same species can swim in different tributaries, which affects the expression of its inborn characteristics, much like a pinot noir from California tastes very different than a pinot noir from France.

Take for instance salmon that return up the Copper River to spawn. It’s a physically demanding journey through a swift, uphill run. Wild salmon are typically on the leaner side, especially when compared to farmed. But the wild salmon that return to the Copper are fattier than their brethren who swim through gentler tributaries because fat stores energy. And Copper River salmon need a lot of energy when making that arduous journey in south-central Alaska.

3. The Colors of Harvest Time

When wine grapes are about ready to be harvested, wine country blushes into a gorgeous, picturesque red. Guess what? Wild salmon turn red, too!

When salmon aren’t yet ready to spawn and living in the ocean, they’re the silvery-skinned fish that we recognize chilling on ice at the seafood market. But when ready to spawn, they transfer all of their stored nutrients from their flesh to their skin — and for females, to what becomes their characteristically red eggs. These bright red, spawn-ready salmon are unrecognizable from the salmon that sometimes end up on our dinner plates (2).

Both grapevines and wild salmon soak up all the nutrients and conditions that their regions have to offer, so the best wine grapes and salmon flourish in pristine, vital conditions that are suited for their ecological requirements. For wine lovers, that means being transported to — and sometimes actually visiting — rolling hills drenched in sunshine and rain showers, miles away from the city as you savor the contents of your stemware.

For wild salmon lovers, it means paying homage to the storied tradition of fishermen who endure the wild, frigid waters to pull in their gleaming catch.