Enjoying Your Catch in Compliance with the DASH Diet 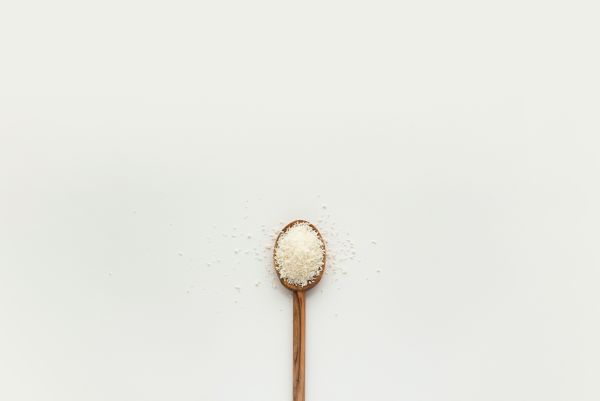 By cooking meals from scratch at home, you’re well on your way to significantly reducing your sodium intake in order to support your health goals. After all, much of the excess sodium intake in the average American diet comes from processed or preserved foods, either purchased at the grocery store or while dining out. In contrast, whole, fresh foods tend to be naturally low in sodium.

But you can take an even more low-sodium approach to your diet by adjusting your seasoning habits and embracing spices, herbs, and produce in your recipes. We’ve rounded up some recipes that all contain under 300mg of sodium to help you keep your intake under 1500mg each day. For reference, 1/8th tsp of table salt has a bit less than 300mg of sodium. To be a bit more liberal in seasoning your food, you can always adjust by using salt substitutes to limit your sodium intake.

We’re outlining these low sodium recipes based on guidelines acceptable for folks following the DASH Diet. The DASH Diet, recommended by health experts to manage hypertension, suggests limiting yourself to 2,300mg of sodium each day to start out — the amount of sodium you’d have in approximately a teaspoon of salt. After your palette has adjusted food seasoned modestly, you can gradually lower your intake to under 1,500mg per day to make bigger health gains in terms of your blood pressure.

Following the DASH Diet, the average person would aim to consume just 6 ounces of lean protein each day, ideally broken up into two 3-ounce servings so that you begin to design your meals around produce rather than just around protein. Seafood, in particular, is an ideal option when following the DASH Diet as it is lean, low in sodium, and prized for the heart-healthy fats that offer more cardioprotective benefits beyond regulating your blood pressure.

Here are eight recipes that work well for DASH dieters, and a little info on what makes them so flavorful even without the salt.

Just because you’re on a low sodium diet doesn’t mean you can’t enjoy a sweet and savory teriyaki sauce with your seafood. This recipe from Paleo Running Mama uses coconut aminos and rice or apple cider vinegar in place of soy sauce to give you that umami-rich flavor. Keep this trick in mind anytime you need a soy-like fix in your seafood meals. Grilling also adds flavor to your food without adding sodium — but try to eat no more than one 3-ounce serving of grilled seafood per week, since high temperature methods of cooking (grilling, broiling, roasting) are associated with higher risks of hypertension, according to a 2018 study published by the American Heart Association.

When following a low sodium diet, you can build lots of flavor through spices and alcohol-based ingredients like vermouth. This recipe from Splendid Table  uses a freshly-ground mix of peppercorns and coriander seeds to encrust a fillet of salmon for intense texture and a little heat, finishing the dish with a simple vermouth-butter sauce. Make sure you’re using an unsalted butter to make the sauce, and use a dash of salt or salt substitute to add the faintest amount of seasoning to complete the recipe. Serve with a side of arugula salad dressed with good olive oil and just a squeeze of lemon.

Food and Wine’s recipe for salmon also uses spices to encrust a fillet of salmon for easy, high-intensity flavor, but uses ground coriander and mustard instead. While prepared mustards do tend to contain sodium, they also add outsized complexity to your dish’s flavor profile that works really nicely with seafood. When making this recipe, check the label if you’re using Dijon mustard to make sure you’re not going over your limits, or swap the Dijon out for a lower sodium option.

Like prepared mustard, an ingredient like capers also contains a level of sodium that might make you a bit wary. But the intense, briny flavor of capers is well worth its use in this recipe from I Heart Umami  for halibut lemon piccata, served with a shaved asparagus salad. You only need to use a tablespoon or so of the capers to create a piccata sauce for a total of 16 ounces of halibut — about five 3-ounce servings, if you’re following the DASH Diet — so you still have plenty of margin to season both the fish and asparagus salad with a bit of salt. Definitely double or triple the amount of asparagus salad you’re making or add in a starch to ensure that this recipe is filling enough, if you’re going with a smaller 3-ounce portion ofseafood. After all, asparagus may have heart-healthy, blood pressure-lowering effects of its own.

Note: Use brined capers rather than salt-packed ones, as it’s difficult to gauge how much sodium is left on salt-packed capers after you’ve rinsed them. Additionally, use low-sodium or salt-free chicken stock for the sauce to keep that source of salt in check.

One way to pack in lots of flavor with a minimal amount of sodium is to cook your seafood en papillote, stuffing your packet of parchment paper full of herbs and other fresh ingredients. Cooking en papillote gets a good steam going to extract aromas and flavors from your mix of ingredients, infusing the seafood that’s also wrapped up in the packet. Serious Eats has a basic outline for cod cooked en papillote, suggesting you steam your seafood with lots of herbs, a splash of wine, and a dollop of butter and crème fraiche. Season lightly, according to your salt limitations.

Eating Well adds lots of flavor with minimal sodium by using fresh herbs and garlic to make a vibrant chimichurri sauce, always a good choice for meaty seafood. This recipe is made with salmon, but you could swap it out with halibut instead. Disregard the serving size and information published at the bottom of the recipe — if you’re splitting the recipe up into 3-ounce portions, you’ll be consuming about 250g of sodium per serving, not 400g.

However, we do suggest cutting the salt content in half (for a total of 3/8tsp of salt to flavor eight servings of salmon and chimichurri) and reserving the extra salt to season a heaping side of veggies to accompany your fish. Food Network’s recipe for roasted zucchini would line up nicely with the cook time of your fish, and also go really well with chimichurri.

As long as you season them lightly, salsas made from a mix of fresh summer produce will give you lots of flavor to play with. Food52  makes a fruity and substantial mango-avocado-cabbage salsa (it’s almost like a slaw) as a deliciously robust topping for a simple pan-seared fillet of halibut. You won’t miss the salt at all.

When making low-sodium curries, avoid using premade curry pastes or curry powder mixes, as you won’t be able to control the oftentimes high salt content going into those flavorful blends of spices. Instead, take a cue from Meghan Telpner’s recipe for a coconut curry made with cod, which relies on a homemade blend of dried spices like turmeric and garam masala as well as some fresh basics to curry up the dish. There’s very little salt added to this recipe, so you can follow it as written for either 4 to 6 high-protein servings of the curry. Or, cut the fish content in half and replace a half pound of cod with a half pound of a vegetable like eggplant which will soak up all the good flavors you have in the mix.