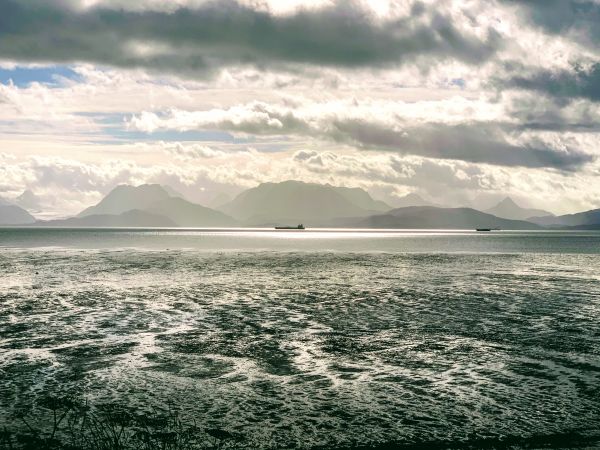 Ever since the disastrous meltdown of Japan’s Fukushima reactor in 2011, scientists have been trying to assess the effect of radiation on Japan’s environment, where the incident occurred, and also to trace radiation in fish all across the Pacific Ocean. While there is no denying the tsunami and related nuclear meltdown did a large amount of damage in Fukushima, seafood enthusiasts might be wondering if the damage spread to their own backyard, to Alaskan salmon, for instance. Especially, since Japan recently announced that they will start releasing the water used to cool the nuclear reactors at Fukushima back into the ocean in 2 years.

The Alaska Department of Environmental Conservation has proactively monitored for contaminants in Alaska seafood since 2001, and the results of these tests, including the gamma radiation testing, has confirmed the quality and health of Alaska seafood. Since 2017, DEC confirmed that no traces of Fukushima-related radionuclides Iodine-131, Cesium-134 or Cesium-137 have been found in samples of Alaskan salmon including king, chum, sockeye and pink. (1)

“The Fukushima leaks were miniscule compared to the vast scale of the Pacific," said Nicholas S. Fisher, an expert on nuclear radiation in marine animals at Stony Brook University in New York, in an article published by Oceana, a non-profit dedicated to protecting and restoring the world’s oceans (2). “The disaster added just a fraction of a percent to the radiation that’s already in the ocean, 99 percent of which is naturally occurring. At those levels, you could eat piles of Pacific fish and have nothing to worry about from radiation," Fisher said.

The Testing is Ongoing and Far Reaching

The U.S. Division of Environmental Health tested other species as well to determine the levels of radiation in fish aside from salmon including halibut, pollock, sablefish, and herring, and none of those fish tested positive for Fukushima radiation either. The testing has been going on periodically from 2014-present and no detectable amounts have ever been found in any Alaskan seafood.

“DEC, in cooperation with its partners, currently deems fish and shellfish from Alaska waters unaffected by the nuclear reactor damage in Japan,” the department’s statement read. And although no trace of radiation has been found, the statement also read that the “DEC continues to collaborate with other government agencies and researchers monitoring the marine environment.” (3) Alaska has worked together with federal and tribal officials to ensure that consumers know that none of their prized seafood poses a threat.

“Not only has sampling lifted no radioactive materials from Alaska’s fish – predictive ocean modeling has also indicated that Alaska seafood is not at risk for potential Fukushima contaminants, as was found by the state Department of Environmental Conservation. Department officials were able to sample the fish directly thanks to an arrangement with the FDA,” reports Seafood Source, a leading source of seafood industry news, covering seafood trade, food service and retail, aquaculture, sustainability and more. (3)

Most notably, the Alaska Department of Environmental Conservation has recently announced its plans to even further expand their testing for gamma radiation and potential local environmental contaminants. "To date, we have not detected any radionuclides associated with Fukushima, and going forward we will be expanding radiation testing to further ensure these products are safe," says Dr. Bob Gerlach, the State Veterinarian.

With funding from the U.S. Food and Drug Administration (FDA), the DEC intends to procure more samples of more species from more locations. As the DEC's press release points out, "The Department’s Environmental Health Laboratory has the only Portable Gamma-ray Analysis System deployed to a state laboratory in the country. Using FDA standard analytical methods, no detectable levels of gamma radiation have been found in Alaska’s fish since testing began."

For a comprehensive look at all matters and studies related to Fukushima radiation concerns in Alaskan seafood, we encourage you to visit: https://dec.alaska.gov/eh/radiation.aspx.